ActionGear was a Mac app that followed the Getting Things Done process. It was a task management app that worked like Quicksilver — running in the background, but always available via a hot-key. It integrated with Growl for notifications, iSight for photo notes, and Finder for quick previews. 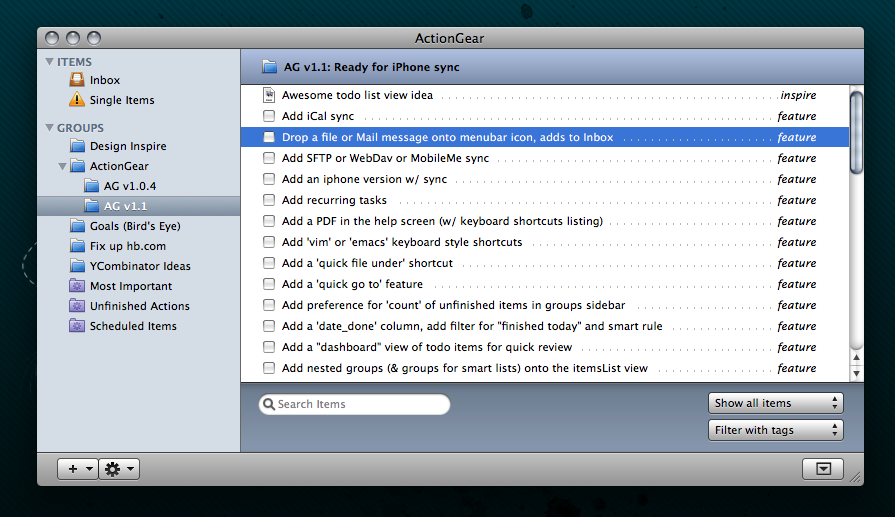 Written in 2008, ActionGear used Objective-C and Cocoa via Xcode and Interface Builder. Persistence was implemented via SQLite initially, but eventually moved to Core Data when the framework was released. When iOS 2 was released, I started work on the mobile version but unfortunately never completed it. 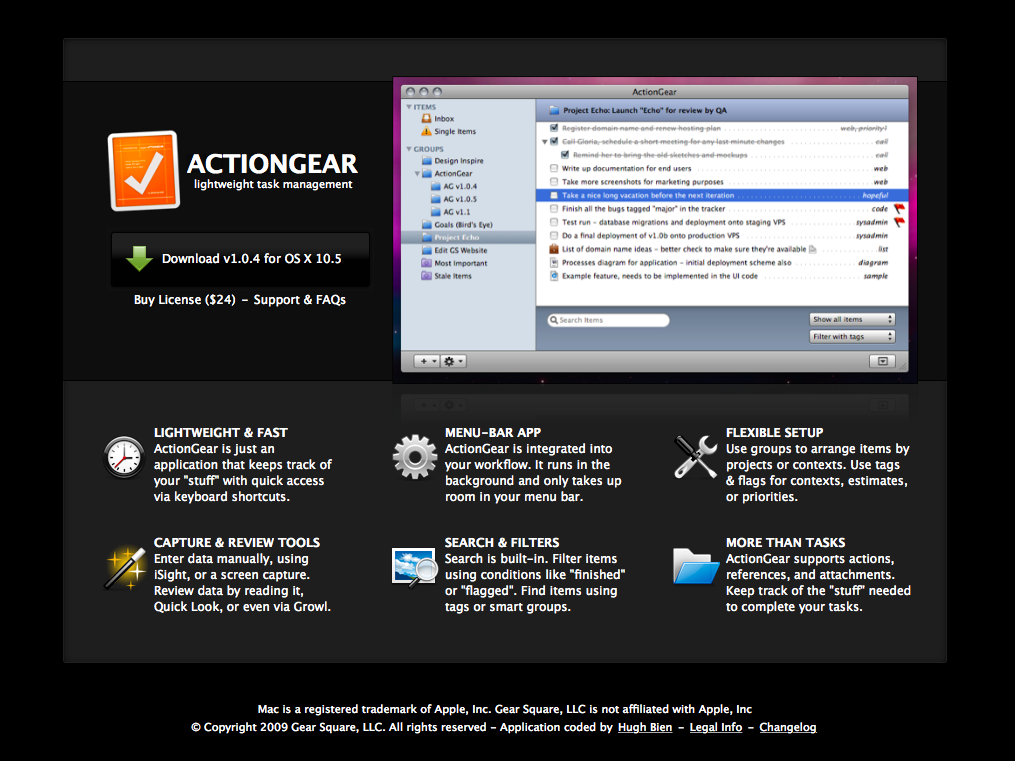 Since this was before the App Store, ActionGear used its own system for payments and licensing.

The store was written with Ruby on Rails, using PayPal as the payment processor. Licensing was done via OpenSSL public-key encryption. After purchasing, customers received a signed message that would be pasted into the desktop app. The application would then verify it via its public key. Without the license, users could use ActionGear up to a limited number of tasks.